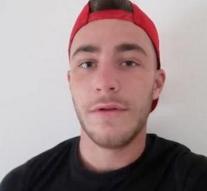 the hague - Vlogger fans Snapking called a payment number in the spring and held on hold for a long time, automatically recoup their money. They do not need any further action, confirms the Consumer and Market Authorization Authority (ACM) Monday after posting in the AD.

With KPN, T-Mobile, Vodafone and other providers, it is agreed that the deceived callers will refund their money.

The 20-year-old YouTube Vlogger from Almere invited in March and April this year to call nearly 360,000 followers on him via a 0909 number. That made 6450 fans, who thought they could get him on line. That only succeeded five callers, the rest held for a few minutes. This made the fans more than 13,000 euros at call costs.

ACM noted that the frequent minor callers were misled. In order to prevent further damage to consumers, ACM entered the number.