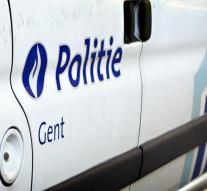 - "The Belgian authorities have broken up a smuggling organization that brought summer Iraqis to Belgium from last year to seek asylum. In raids in Brussels, Leuven and Verviers were arrested two weeks ago ten suspects. Four of them are still in prison, federal police said Tuesday."

"The gang asked 15 000 to 20 000 dollars for a forged passport with which the asylum seekers flew via scheduled flights to Belgium. Others for $ 5,000 were choppy seas the way through the Balkans in Europe."