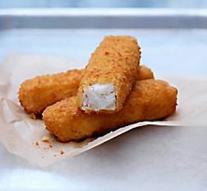 boedapest/bratislava - Slovakia does not get the same quality fish sticks as other European countries and this discrimination must come to an end soon. This said the Slovak Prime Minister Robert Fico shortly before a regional summit on Wednesday with the leaders of Hungary, the Czech Republic and Poland.

Fico threatens to boycott measures against products from other European countries if the European Commission does not intervene. The prime minister has said that in his country there is less fish in the fishsticks sold in Slovakia than those in Austria with the same brand and the same packaging over the counter.

According to Fico, this unfair phenomenon also occurs in packs of fabric softener and coffee, but also in cookies, ice cream and chocolate products. However, those products in Slovakia are significantly cheaper than in other countries of the European Union.

Fico will talk to the President of the European Commission, Jean-Claude Juncker, about discrimination this week. He does not do that on behalf of Slovakia alone, because other Eastern European countries have also complained that they sometimes get less value for money than richer EU Member States.