Home / World / Skin sensor should avoid driving under the influence 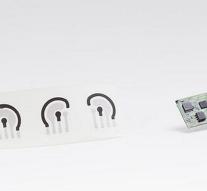 - A skin sensor to prevent alcohol abuse in the future if it is to researchers at the University of California's San Diego. They devised a sensor through which sweat can measure the amount of alcohol in the blood in real time.

The technique is intended, inter alia doctors and agents. The skin sensor brings when too much is consumed on a signal to a mobile phone via bluetooth. Within 'minutes' alcohol content can be read, according to researchers from The University of California San Diego.

The tool was invented by Professor nano-engineering scientist Joseph Wang and electrical engineering scientist Patrick Mercier. With the research team, they developed a hydrogel that absorbs sweat. Then electrodes detect the alcohol, and the information is sent wirelessly to mobile 'devices'.


The alcohol sensor is tested nine healthy volunteers before they started drinking. The data was an 'accurate' representation of the alcohol present in the body. The goal is to develop a device which can be 24-hour monitors.