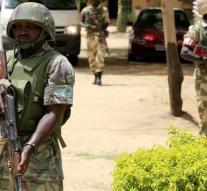 abuja - The situation in the northeastern Nigeria, caused by terrorist group Boko Haram, threatens to turn out to be a humanitarian crisis of unprecedented magnitude. About 5.2 million people are fully dependent on food aid.

Boko Haram has been killing death and destruction since 2009, causing approximately 2.5 million people to flee. Certainly 20,000 people were killed by the terror.

According to the UN Coordinator for Humanitarian Aid in Nigeria, the situation is so slowly 'unsustainable'. Refugee camps are overcrowded and are poorly equipped. There is a shortage of drinking water and sanitation. Since September, 44 people died of cholera while 2300 people were infected.