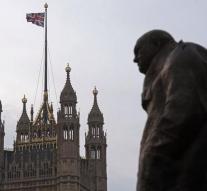 london - The eleven British Supreme Court judges on Thursday after four days put an end to the hearings on whether the government or the parliament about the cancellation of EU membership. The thorny issue paralyzes' Brexit policies 'of the government of Prime Minister Theresa May, who had already announced a timetable for the departure from the EU (Brexit). May wants in March itself hold declare the European Union.

That is likely to be messed up by a complaint from individuals. She complained to the court that the parliament should decide the brexit and the magistrates gave the complainants alike. It is this recent ruling that the government challenges to the Supreme Court.

The President of the Supreme Court, David Neuberger, said Thursday that there will be a decision as soon as possible. Neuberger said that 'we take the time to make sure that we are the many arguments presented to us verbally and in writing, duly consider. 'According to British media, there is no ruling can be expected before the end of this year.