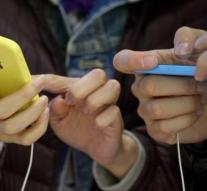 luxembourg - Websites may store visitor dynamic IP addresses to prevent a cyber attack and to prosecute the perpetrators. The highest court in the European Union has determined that Wednesday.

Activist Patrick Breyer of the Pirate Party had gone to court, because the German government are dynamic IP address saved when he visited government sites. He felt that he had anonymously surf the law. The German court asked the European Court of Justice for advice. The European judges ruled Wednesday that the prevention of cyber crime is a legitimate reason to retain data even if the user has not given permission.

Breyer responded disappointed. ' Thus providers can follow every step of us and gather information about our preferences and interests, and pass on to others, '' he said.