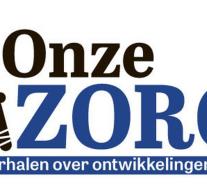 - While more and more hands are needed on intensive care and district nursing, the number of nurses shrinks, reflecting new CBS figures. However, that scarcity also has a sunny side for some nurses.

In particular, highly educated nurses are scarce and so popular. They therefore receive nice offers or stay bonuses.

That also means Michelle Wagemaker. She is 26 years old the youngest district nurse in the team at Cordaan. Nevertheless, she regularly receives offers via LinkedIn. She is a popular employee thanks to her education as a hbo nurse. 'When I graduated three years ago, there were really not many vacancies. Now they shoot as mushrooms from the ground. '

In the hospital they are also able to jump to the highly educated nurses, Michelle notes. 'If I follow a course, I'm pulled my jacket. Then they say excitedly that I could become their new colleague. 'Her employer Cordaan is also looking for hbo nurses.

Those highly educated nurses in the hospital are shown at the AMC in Amsterdam. Nurses who work on the intensive care will be paid a bonus if they continue to work in the university medical center. The bonus at the end of the year amounts to 1250 euros, confirms a spokesman. 'As long as there is scarcity and insufficient people, we give this year-end reimbursement. Nurses understand that the bonus disappears afterwards. '

Where the job market position for highly educated nurses is good, the AMC does not give that bonus out of generosity. 'There are too many people flowing, for example, to ambulance care, and there are too few people trained,' said the spokesman. V \u0026 V's professional association even speaks of a major problem. According to chairman of the professional association Sonja Kersten, the shortage of nurses and carers in the coming years is up to almost 100,000 over the whole care.

'Certainly, early in the year, a quality framework has established that more care is needed in the elderly care. Only 70. 000 people have to attend, but they are not there, 'she says. At the same time, new CBS figures presented today on nursing days show that the number of registered nurses drops from almost 180,000 to about 177,000. According to Kersten, highly educated are very scarce, but many are also looked after. Previously, Secretary of State Van Rijn (Public Health) and the UWV pointed to shortages of nurses and hard-to-fill vacancies, especially at HBO level.

'Due to a lack of care for nurses at home, the elderly are more likely to be in urgent need,' says Kersten. 'There has also been a shortage of specialized nurses. Furthermore, there are hospitals that have take-offs because they can not handle the extra care question, due to a lack of nursing staff. 'Kersten complains that because of these shortages, both the elderly and children do not get the care they need.

Kersten argues that too much is thought that nurses close the streets by working harder. For this reason, the scarcity is not a pleasure for employees. Although they are often aware of deficiencies, this only denies the problem of lack of staff. 'Nurses are the cork that drives the industry. We should not be able to handle this without obligation. 'Because of that heavy work, according to Kersten, there is also a lot of fallout.

District Nurse Michelle also notes that undercutting for extra hassle causes someone to get sick. Now, for example, there's a colleague of her at work who had actually planned leave. 'We have a team of sixteen men, but there are two people on holiday and three sick, so we all have to walk a step harder. Fortunately, we are also helped by teams from other neighborhoods and also employ the employer as needed. '

Michelle works on average more hours than her contract because there is more work than she can do in the hours provided. 'It is sometimes pissed off. But I get a lot of satisfaction from my work and would like to take a little extra for good care. '

There is not one solution for this, says Kersten. 'And we have not reached the bottom line yet. First, we need to train more people by obtaining the numerus fixus of hbo-v courses and by ensuring that there are sufficient internship placements. Employers must also set up functions at the university level. Now, functions are sometimes not appropriate for the training that has been followed. Then the chance of withdrawal is also greater. '

The AMC itself gives 20 new nurses an additional training to specialize this year. According to the spokesperson, that crack is partly due to outflow, which the AMC tries to prevent. 'But it's also busier. Because the elderly stay longer at home, where they do not get the care they need, they only come with us if it is really needed. The urgent help becomes increasingly full. We also find it difficult to find new people. '

Together with North Holland hospitals, the AMC has agreed to provide additional training and also provide sufficient internship. Government money is also available for this purpose. After graduation of hospital nurses, an average of 850 specialist nurses receive a diploma per year, according to figures from the College of Education.