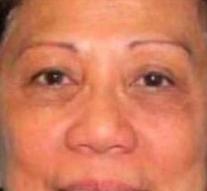 las vegas - Schutter Stephen Paddock has sent his girlfriend Marilou Danley to the Philippines. So he could be uncomfortable walking in Las Vegas. That claims the girlfriend's sisters.

Danley did not even know she would travel to the Philippines until Paddock told her: 'Hey, I bought a cheap ticket for you.' That tells the sisters to a CNN subsidiary.

Paddock also gave his girlfriend $ 100,000. 'She knows nothing, just like us. We are sure of that. She was sent away so she could not mix with what Stephen was planning, 'tells the sisters.

'In that respect, we are grateful to him for saving our sister's life,' said the ladies, emphasizing that Marilou Danley was 'totally in love' at Paddock.