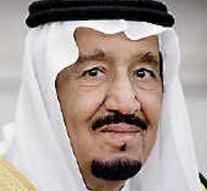 - The first 'throne speech' of the Saudi king Salman Abdul Aziz al-Saud Wednesday lasted barely two minutes. What the sick 79-year-old monarch further wanted to say what its policy is written circulated among the 150 appointed members of the Majlis al-Shura, the Advisory Board of the absolute reigning monarch.

The monarch reiterated that the country should try to be less economically dependent on oil. The income of the country running for 90 percent to oil exports. He promised economic growth, despite falling oil prices.

But he also announced that the government will issue by making more efficient spending less. The latter is, according to some observers, just an indication that the economy include the disappointing oil revenues are not growing.