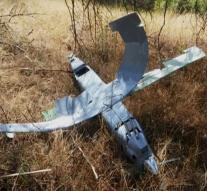 - The unmanned plane that Friday at the Turkish-Syrian border was shot by Turkish jets is of Russian origin . Prime Minister Ahmet Davutoglu made ​​Monday by the Turkish TV channel AHaber known . He added that the government in Moscow , the gloss has assured him that the drone did not belong to Russia.

Davutoglu does not know which group the drone it originated. It could be that the device belonged to the forces of Syrian President Bashar al- Assad.

But the PYD Kurdish militia, the owner can be. Other groups Davutoglu also does not rule out.