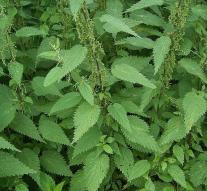 false - A French shoplifter to escape in an attempt to police landed in a predicament. He threw himself half-naked in nettles to keep out of the hands of agents rushed.

The twenties had donned women's clothing in a shop in Vals-près-le Puy and then cut without paying through the checkout. When the shopkeeper spoke to him afterwards he chose their heels and hid in the bushes.

However, a security guard discovered the hiding place of the thief quickly, so they again had to take the legs. To escape, he pulled out his booty to the now police arrived and plunged bare-chested into the nettles, an eyewitness told La Montagne. But to no avail: the thief, who came according to the local newspaper from Eastern Europe, has been nabbed.