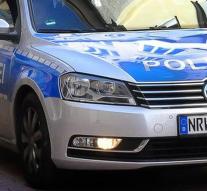 - a man Tuesday morning shot dead a doctor in a university clinic in Steglitz in Berlin and then took his own life, reports the German police. Witnesses say German media that has been shot several times.

Heavily armed officers have secured the entrances and exits of the hospital. The shooting was taking place on the fourth floor.

Steglitz is a district of the German capital. About the circumstances is currently unknown.