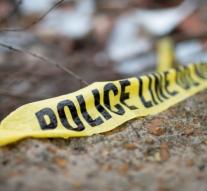 bastrop - In a shooting at an apartment complex in the Texas town of Bastrop are Saturday (local time) four people were killed, including a child.

It reported several US media.

According to local police the shooter was among the dead four. The victims are two women, a man and a child. Another child was taken to hospital with minor injuries. What exactly happened is not clear. Police are investigating.