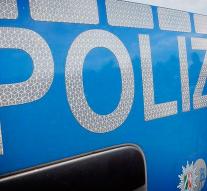 cologne - In the city of Cologne on Monday made a stabbing and shooting. The perpetrators are beaten on the run.

A group of three or four men would have attacked another man around 4. 00 pm with an ax. The victim ran off in a car, which took the attackers under fire. The victim was not hit. But he had a stab wound in his thigh, Kölner Express reports.

According to the newspaper, there is already a potential suspect arrested on the rind around Cologne. The other two are still on the run.