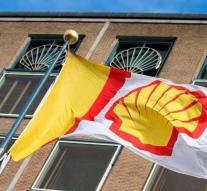 hangzhou - Shell has been licensed for oil trading on the wholesale market in China. According to news agency Xinhua, it is the first time that the People's Republic has granted permission to a company...

The marketing authorization has been granted to Shell Petroleum Trading. That is a subsidiary of Shell China.