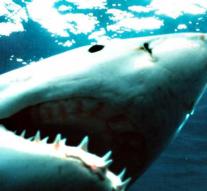 sydney - On the east coast of Australia a surfer has been badly injured by a bite from a shark. The 36-year-old has lost a lot of blood and deep wounds in his leg have been left with the attack, according to broadcaster ABC.

The attack was at Nambucca Heads between Brisbane and Sydney. At the moment the shark struck, three or four other surfers were in the water, a spokesman for the rescue brigade said. They helped the victim in the field. Beaches in the area are closed and extra supervision has been set up.

It is not known what species of shark the man has attacked. The wounds must provide more clarification about this.