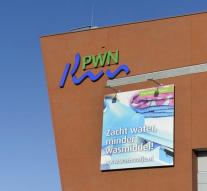 alkmaar - Large areas in England sit Monday afternoon without water by a leak in a conveyor line. It involves, among other Alkmaar region, said a spokeswoman for waterworks PWN.

She could not say exactly how many households involved. According to the local station RTV Noord-Holland refers to thousands of households.

The leak occurred in a conveyor in Wieringerwaard, where a contractor would be busy. Technicians have been on site to stop the leak. The cause of the leak is not known yet.