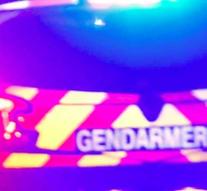 brussels - During a shooting in Birmingham Palace party hall in the Anderlecht district in Brussels, several wounded people were killed during the night from Friday to Saturday. A spokesman for the public prosecutor of Brussels reported this on Saturday.

The injured- at least two people- were taken to the hospital for control, but they are not in danger of life.

The police are currently looking for the perpetrator (s).