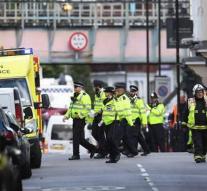 london - The British police again held a detention on Monday in connection with the bombing on a London metro earlier this month. The 20-year-old man was arrested by anti-terrorist units in a house in Cardiff, Wales, said the police in London.

He is the seventh suspect arrested after the attack at Parsons Green London underground station on 15 September, with thirty people injured. On Friday, the teenager Ahmed Hassan appeared before the court. He has been charged with attempted murder because of the attack. The court ordered its custody until at least 13 October.

Two other suspects are still being questioned by the police, while three others are released without charge. There is still research on an address in Surrey, south of London, and in Cardiff.