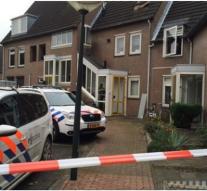 breda - A man (56) from Raamsdonksveer was sentenced to seven years in prison because his roommate (41) beaten to death in his home with an iron bar. The court in Breda imposed a lower sentence than the nine years which had demanded the prosecution. That's according to the judges because the convicted for the crime was abused by his roommate, threatened and exploited.

The lawyer of the offender previously indicated that the victim his client in the months prior,, had terrorized '. He was assaulted and threatened with death. The victim took out his bank account empty. So he acted in self-defense, the lawyer said.

The court does not deal with it. When the victim was on the ground, the 56-year-old was sentenced to attack him while,, he had 'other ways out.


After the man from Raamsdonksveer had beaten his roommate with the iron rod several times on his head and had slain, he left the corpse two days lying in his home before he informed the police. In the meantime, he visited a café and he went along with friends and the food. He also went back to his house to sleep.