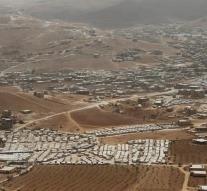 beirut - Certainly five suicide terrorists have blown themselves on Friday in the Lebanese army in refugee camps for Syrians. A sixth militant threw a hand grenade to a patrol.

The violence was committed during an army invasion in two camps near the border with Syria. Apart from the perpetrators, no deaths occurred. However, according to the forces, seven soldiers were injured.