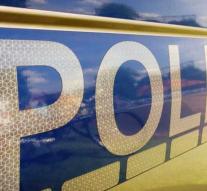 berlin - A series of bomb threats led Friday to the evacuation of several German courts. People had to leave the buildings in Potsdam, Magdeburg, Erfurt, Saarbrücken, Wiesbaden and Kiel. In all…

In recent weeks, bomb threats have already been received by courts in the state of Schleswig-Holstein. At that time it was always about false reports.