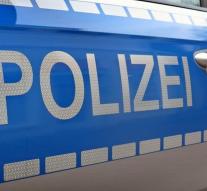 munich - A money thief has just failed to bring more than one million euros from Munich to his place of residence in Serbia. The driver of a money transfer decided on Thursday, when his adventurers just entered a customer, no longer drove to another bank or the depot but home. At the Hungarian-Serbian border he was caught.

That was received by the Munich police on Saturday through German federal investigation from the Hungarian authorities. The 29-year-old suspect tried to cross a border crossing to his native country on foot. It is still unclear whether he had the spoil. 'We only know that he was arrested, not whether he was alone or in company of others and whether he had the money with him. '

It was known that the man, after he had left the money car, had left the cash in a flight car a few hundred meters later on a parking lot. Passengers discovered the armored vane because the alarm was running. The driver was no longer on track. His extradition will be requested as soon as possible.