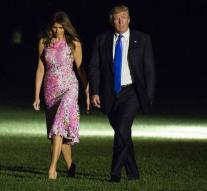 washington - The US Senate has abandoned the proposal to abolish Obamacare Wednesday. Too many Republicans voted against because there was no acceptable alternative.

According to The New York Times, seven Republican senators rejected a partial abolition of the Affordable Care Act. Nine voted against abolition and replacement by a Tuesday evening plan.