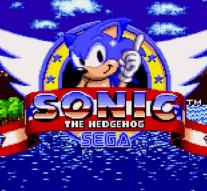 tokio - Sega fans come to grips: The Japanese game studio has transformed old games into iOS and Android apps. Sega Forever, called the project. The games are free to download, but users get to see or advertise. Whoever does not want can buy the app.

The first five games were released on Thursday: Sonic the Hedgehog, Altered Beast, Kid Chameleon, Phantasy Star II and Comix Zone. Every two weeks a game must be added. The games are offline to play and save in the cloud. There are also online lists.