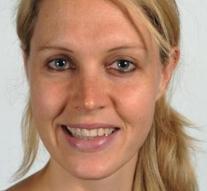 Also Dr. Maria Strydom did not survive the descent. The woman from Melbourne was in the same group as trekking Arnold and suffered from the same symptoms as the 35-year-old Dutchman. She died in front of her husband Rob Gropel, who had climbed the mountain. He's hurt, but now descend safely on, the mother of Strydom notify the Australian ABC. She heard the news through messages on the Internet.

Terror is in it to fans FC Utrecht


The 34-year-old Strydom taught at Monash University in Melbourne. The university expresses its sympathy on Facebook.