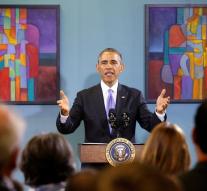 According to the petitioners, the plan is supported by President Donald Trump. They hope to receive at least fifty votes for the proposal by the end of the month, with the support of Vice President Michael Pence.

A previous plan for the withdrawal of Obamacare failed in July because it just broke one vote. The new proposal by Bill Cassidy and Lindsey Graham gives more freedom to the states to decide how to set up the care. According to Cassidy, senator John McCain, who voted in July, favored their proposal positively.

If the Senate votes for the withdrawal of the Affordable Care Act, the plan must be aligned with a plan previously adopted by the House of Representatives.