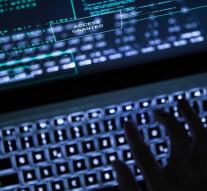 brussels - Investigate cyber attacks made by the Belgian police Thursday raids in Brussels and Liege. Several people were interrogated and also confiscated his computers.

The survey has been running for longer and justice has a number of suspects in the picture. The case is submitted to the court in February, the prosecution said in Brussels Thursday.

Since October last year, websites of political parties, media and other institutions affected by cyber attacks. Which were claimed were the hacker collective Downsec Belgium. The prosecutor warns that hacking imprisonment can bring up to five years.

Incidentally allowed 'ethical hackers' will soon go on traces vulnerabilities in computer networks. They must then obtain permission from the organizations, companies or government departments where they put a digital cracking. is working on rules that make it legally permissible, reported newspaper De Tijd.