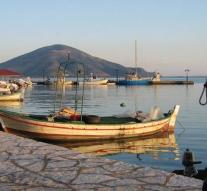 athens - A 22-year-old Belgian who ran a European arrest warrant for involvement in a terrorist organization was arrested on the Greek island of Corfu.

The Greek news agency ANA / MPA reported on Saturday that the woman is of Moroccan origin. She was arrested on board a ferry carrying Italian Bari to Corfu. The Italian authorities had informed Greece about the presence of the young woman on the boat.

In Greece, no attacks with a radical Islamic background have so far been committed. But some terrorists who attacked Belgium stayed temporarily in Greece on their way from the Middle East to Western Europe.