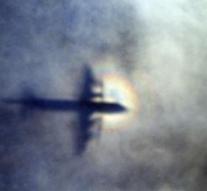 canberra - The search for the missing flight MH370 may be terminated soon. That Australian media reported Wednesday. Three countries involved in the search, Friday in Malaysia meet to discuss the progress of the project.

Flight MH370 Malaysia Airlines with 239 passengers on board disappeared in March 2014 during a flight from Kuala Lumpur to Beijing. On the French island of Reunion and South Africa, Tanzania and Mozambique have found components that are likely to Boeing.

Ministers of China, Malaysia and Australia talk Friday about the search. The countries have already spoken out in April last year that the search area is not extended if the device could not be found in the 120 000 square kilometers in the Indian Ocean being searched.