Home / World / Scurvy is back in Australia 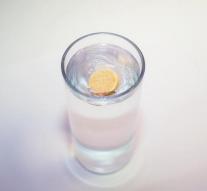 sydney - It is a disease that belongs in films about sailors who sailed the seas for four hundred years ago: scurvy. Due to a prolonged vitamin C deficiency arose swelling and bleeding. Without treatment, death to them. A doctor in Sydney was surprised when he recently in several patients had diagnose scurvy.

Scurvy in the 21st century is a remarkable condition, especially when it occurs in a developed country like Australia. Penelope Jackson showed the first patient suffered from bleeding gums, ulcers, sore muscles and loose teeth, all signs of scurvy. The causes were soon obvious: too little fruit and vegetables boiled broken, causing her vitamin C intake was shockingly low.

The specialist then discovered more scurvy patients in his clinic. It turned out to diabetes patients who were worried that their glucose level would be too high by eating fresh fruits, wrote the doctor Tuesday in Diabetic Medicine.