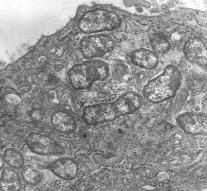 london - Scientists have in South America, the discovered bacterium that is responsible for scrub typhus. The infectious disease is caused by the bacterium Orientia Tsutsugamushi. Up to now, one was in the assumption that the bacterium occurred only in a limited area in Asia and Australia.

Wednesday the New England Journal of Medicine reported that researchers from British and Chilean universities confirmed that several cases of scrub typhus have been discovered on the big island of Chiloé in Chile.

The severe variant of the tropical disease can be deadly and is responsible for the death of at least 140 000 people in the Asia-Pacific region.