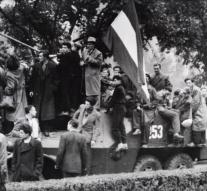 budapest - Hungary, the Russian ambassador summoned because of comments on Russian television about the Hungarian uprising in 1956. That was dismissed as a 'riot' in which 'thousands of former Nazis' participated.

According to the state news agency MTI diplomat at the request of the opposition party LPM was ordered to report to the Foreign Ministry to hear there Hungary it up from one that refers to 'inferior manner about the 1956 revolution and its heroes'.

On October 23, 1956, the Hungarian people revolted against Russian domination. The revolt was beaten bloody manner on November 4th. Approximately 2,000 people were killed.