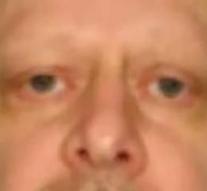 las vegas - The man who made a slaughter party in Las Vegas had calculated exactly how he could kill as many people as possible from a hotel room. That's what the police said to CBS News. In a room, notes have been found, with multiple calculations. Also, the man had blocked camera's, so he could see if the police had already arrived. Shortly before the police invasion, the shooter committed suicide.

The FBI still stunned in the dark why Stephen Paddock (64) opened a fire from a hotel room to the visitors of a music festival. In ten minutes he shot 58 people and another 500 people were injured at the largest massacre of modern American history.

The FBI has called the audience in Las Vegas through big billboards to give tips.