Home / World / Schoolsman rejected by victim: 'A week later he opened the fire' 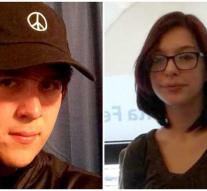 santa fe - The teenager who shot ten people in a Texan school had been turned down by one of his victims after he had sought intrusive rapprochement with her. That's what the mother of the girl, Shana Fisher, says in The Los Angeles Times.

Her daughter had four months of trouble with the suspect Dimitrios Pagourtzis, who continued to make her advances although she always said not to want to. She was so tired of the situation that she got up and took him in class.

'A week later he opened the fire to anyone he did not like. Shana was the first ', says mother Sadie Rodriguez. How she knew her daughter was the first victim, she did not say.