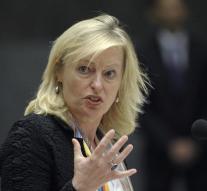 - Schools wishing to merge because their pupil numbers decline, should be able to get permission for that easier. That finding Jet Bussemaker Minister of Education and its Secretary Sander Dekker. They want schools in so-called shrinkage areas not subject to the current heavy scrutiny procedure.

The strict procedure has been introduced to ensure that schools are losing the human sight, Bussemaker Dekker and write in the bill that they sent Monday to the House. But that danger is certainly in primary and secondary education is not so big. Schools that want to merge to cope with pupils deficits, meanwhile run into difficulties due to the harsh merger test.

All schools, whether they want to go together or not, must now explain how they monitor the human dimension, finding the government. They also want to give the councils in MBO the last word on a merger.