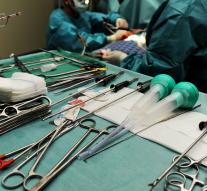 - The heart transplant center at the university hospital in the German city of Heidelberg is the center of a scandal . The clinic Friday admitted that waiting lists were manipulated .

This was done by making patients more ill, for example by remembering medications. Thus, they rose faster on the waiting list for a donor heart.

It is between 2010 and 2011 in total occurred in 34 patients , as revealed internal investigation. The medical director of the hospital said the patients having known nothing of the waiting list manipulation. " We assume that the doctors have given the order. "

The German prosecutor is investigating the practices. In Germany in recent years been more scandals in transplantation medicine. If proved specialists in Göttingen, Berlin and Munich have their own patients favored in the allocation of donor organs.