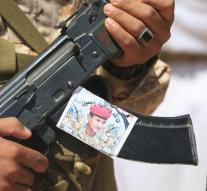 - Saudi Arabia claims to have intercepted two rockets from the rebellious Shiite Houthi rebels in Yemen. One missile was aimed at the Saudi city of Taif, near Mecca, according to the regime in the Ryad capital.

The claim follows two days in Yemen by an air strike on a wedding 140 people in the capital Sanaa were killed and at least 525 others injured. After that attack pointed the finger of blame almost immediately to Saudi Arabia. This country is leading a military, Sunni coalition fighting the Houthis.

The second rocket was defused, focused on the Yemeni city of Marib, east Sanaa.