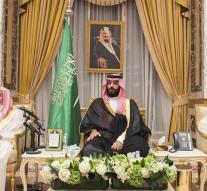 riyad - Saudi prince Mohammed bin Salman donated nearly 67 million dollars (about 60 million euros) to fight the cholera epidemic in neighboring Yemen. The money has been transferred to UNICEF and the World Health Organization WHO.

According to the Saudian Ministry of Culture and Information, financial support is intended to enable organizations to act more effectively against the epidemic. According to the WHO, in Yemen, about 180,000 people are infected with cholera. Over 1200 people in the country have died so far from the disease.

Yemen's economy has collapsed by the struggle between Houthi insurgents and an international coalition led by Saudi Arabia. The Crown Prince, who is also Minister of Defense, is seen as one of the driving forces behind military intervention.