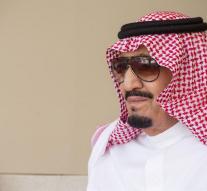 - Saudi Arabia has fifteen people sentenced to death for spying for Iran. Fifteen others are subject to varying prison sentences.

Reported Associated Press. The convicts were thirty Saudi Shiite Muslims, an Iranian and an Afghan. The death sentences have yet to be ratified by the king of Saudi Arabia.

It is feared that the heavy penalties further deteriorate the already poor relations between Saudi Arabia and Iran.

Iran and Saudi Arabia have diplomatic relations broken early this year. There can be no Iranians this year to the hajj. Iran and Saudi Arabia are rivals in the region and compete include religious authority. Ayatollahs ruling Iran and that is the main Shiite power. The monarchy of Saud family supports an ultraconservative Sunni clergy.