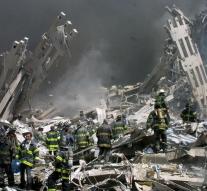 - Saudi Arabia condemns US 11 septemberwet, which allows victims and survivors of the attacks sue the oil state. The Ministry of Foreign Affairs of Saudi Arabia is getting \'very concerned\' about the law. The reaction comes quite late, since the law was passed Wednesday already. Then it was terrible silent in Riyadh.

\'The degradation of sovereign immunity has a negative impact on all States, including the United States,\' said the Saudi Ministry in a statement, which expressed the hope that the US Congress still against the law \'to the serious unintended consequences arising therefrom to avoid.. \'

Riyadh has always denied to have something to do with the attacks on September 11 2001, killing nearly 3,000 people.

Fifteen of the 19 hijackers were from Saudi Arabia.