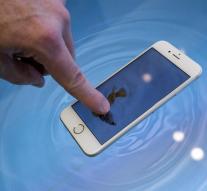 
Apple was on the verge of closing a deal with both Samsung and LG Display, another South Korean company that has experience in creating flexible, efficient screens. LG provides the Apple Watch albeit of OLED screens.
Samsung and LG want the years to invest billions of euros in production facilities for OLED screens to meet the demand, among other things Apple. The US company would contribute to this investment, but Electronic Times has no financial details.
OLED screens do not use a backlight like LCD screens. This allows OLED screens pixels off. This happens for example when the black display in images. The contrast is thus better and because pixels are not always used, the screens consume less power.
NEW