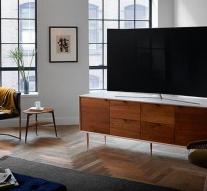 seoul - To hear a song in a movie, a series or advertisement and not know who it is. To do something, Samsung adds the music recognition app Shazam to his smart televisions. Shazam is first available in South Korea, the United States, Germany, France and Great Britain. It is not known when the Netherlands is in turn.

Among the people watching TV, the title and artist of the song that they hear, look. Shazam also gives them the lyrics and the title of the album where the song is on. Users can then stream the song and add it to playlists in Spotify, Napster and Deezer, which are also found in the Samsung Smart Hub.