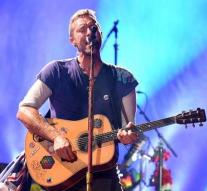 chicago - Samsung is going to broadcast a concert of Coldplay live in virtual reality. The show that gives the band on August 17 in Chicago can be viewed through Samsung's VR platform. This requires a VR headset and a smartphone that supports VR.

Samsung, who works for the registration of the show with the concert promoter Live Nation and Orolus VR specialist, promises the audience a 'magical night where fans can experience a concert like they've never experienced'.

The stream is offered free of charge in over fifty countries. Those who can not watch live can look back at the concert at a later date through Samsung's VR platform. Samsung announces that the concert will only be available for a short while.