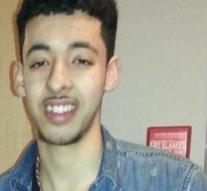 manchester - Salman Abedi, the man who made a massacre on Monday night in a concert hall in Manchester, called his mother and brother in Libya only a quarter to his atrocities. He would have asked his mother for forgiveness. That said a spokesman for the Libyan anti-terrorist unit, reported British media.

The father and 18-year-old brother of the suicide terrorist were arrested in Libya on Wednesday because they would have known to be aware of the plans. However, the Libyan authorities assume that Abedi would have acted alone.

Read all about the attack in Manchester

The authorities have been warned at least five times for Abedi for the last five years. For example, friends called him the anti-terrorism line after Abedi told them that it was 'fine to be a suicide terrorist. 'The deceased father's family also warned the British police to point out the danger the man formed. With that information nothing was done. Abedi was on the so-called watchlist of the authorities, but was not closely monitored.

During the terror attack, 22 people were killed and injured tens of thousands. Among the dead and injured are many teenagers.