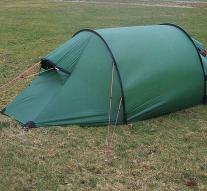 - He does not go away until something happens. Meanwhile sits Ali Cetin (43) has 52 days to his tent at the gate of the heating and ventilation company that fired him. Reported that the newspaper Gazet van Antwerpen.

The man lost his job in June due to a restructuring at company Vasco Group in Dilsen-Stokkem. Entirely unjustified, says Cetin, because the dismissal was based on an incorrect entry 'unlawful absence.

'I blaming anyone, but this is just unfair. All these years I have fought for the rights of others, now I do it for myself. The union now looks to me what steps are possible. If necessary, I will go to court. '


Company Vasco deplores the actions of their former employee. 'I can only say that our reorganization have been carried out correctly,' says CEO Patrick Nijs.

The counter is now at 52 nights. He gets support from family and friends to maintain his strike. When a friend in the neighborhood, he can shave and relatives bring him occasionally eat. Sleep he does in his car. His days he comes through meditation and reading very much. 'Meanwhile, I read all twelve books on philosophy and history. So I keep motivating myself.'

The stayer continues until the bitter end. Who knows he beats the Belgian stake record of the Brussels train cleaners, which long strike many as 105 days in 2014. But we are not there yet.