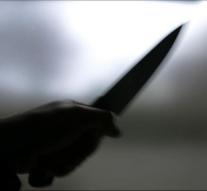 roosendal - A 17-year-old boy and a 24-year-old man were severely injured during a fought party that ended up in a stabbing party. The two had quarreled at the Market in the center of the Brabant city on Friday night. Friends tried to break the fighter bosses, but did not succeed. Thereupons agents entered.

But five minutes after the fight ended, the boy and the man fled again. The violence escalated: the man took a knife and stabbed the boy in his heart, said the police. He also suffered arterial bleeding. A trauma helicopter and ambulances were called to help the injured.

The police arrested the two men. The knife has now been found in nearby bushes.