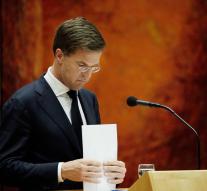 - Lawyer Jan-Hein Kuijpers Cees H., the drug trafficker with whom then- prosecutor Fred Teeven signed a million deal, has ironclad Friday lashed out at Prime Minister Mark Rutte. Who spoke earlier in the day on a very valuable consideration H. would have delivered in exchange for the Teeven deal.

Kuijpers described the statements made by Rutte as " nonsense " someone who like more of " nor privy blow know ". The intervention of the Prime Minister " is perilous. The prime minister must quickly stop this nonsense, he does not know what he is talking ", said the adviser to the program News Hour. " I also ask him strongly to stop this nonsense. "

Irresponsible Kuijpers finds the statements of Rutte. " I do not want a some idiot my client suspects of leaking information and he then gets an acute lead poisoning. "