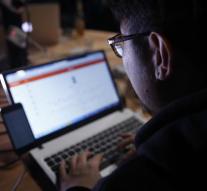 - Russian hackers broke into the New York Times, reporting US government sources told CNN. Journalists from the influential American newspaper would have been the target of hackers who work on behalf of Russia. The FBI would do research, but does not comment.

To what data the hackers had access, is not clear. Recently, the FBI did already investigating a computer break-in at the Democratic Party presidential candidate Hillary Clinton. Even then essentially accusing the Americans to Russia.